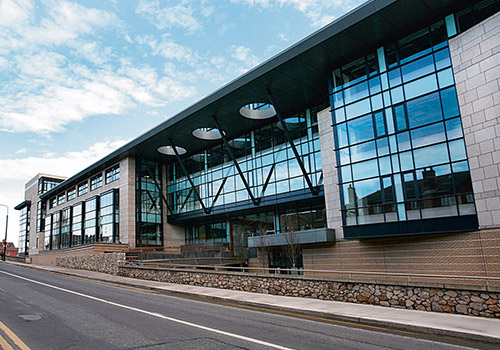 Airbnb today officially launched their new Dublin office at The Watermarque Building. The company which has listings in more than 34,000 cities lets users rent out a couch, bedroom or house worldwide and charges a fee for each transaction.

Airbnb plans to double its workforce to 200 employees by the end of this year. The office interior was designed by Dublin-based architecture firm Heneghan Peng and feature meeting rooms inspired by Airbnb listings around the world. Take a look at some pictures of the very cool office space: http://jrnl.ie/1371523.